Astroball: The New Way to Win It All

I recently finished reading Astroball: The New Way to Win It All by Ben Reiter. It’s a fairly quick read, especially if you are interested in the use of analytics in sports.

If you aren’t familiar, the Houston Astros went from the winning the fewest games over three seasons in 50 years to winning the World Series two years later. They accomplished this feat by poaching two top analytical minds from the St. Louis Cardinals organization and, having full support of the owner, aggressively followed a full roster rebuild from the top club through their farm systems.

This involved trading away top expensive veterans for draft capital, and continuously honing their algorithms and processes for evaluating prospects. Essentially, they tanked their short-term future for long-term results. 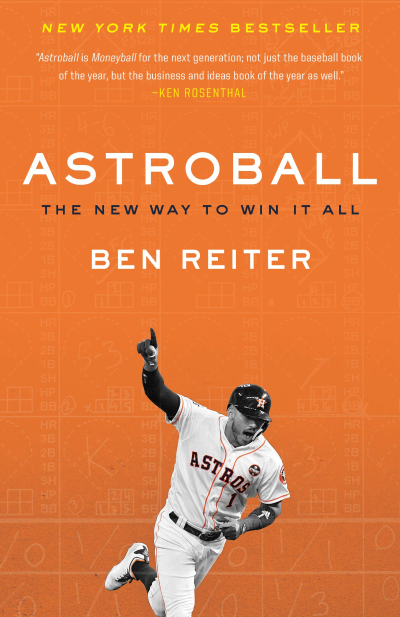 The key takeaways for me:

I only have a few minor complaints about the book. I would have preferred a little more detail on the data process but understand that is not the target audience, and algorithm details are competitive advantages not to be shared. My other compliant is more of a concern. Near the end of the book, one of the main analysts was musing how to measure team chemistry. He wondered about tracking every interaction from the clubhouse to on-the-field and quantifying it. The book did not say whether the team actually is pursuing this approach, but this has privacy implications that is part of a larger conversation about the state of the world we are creating with technology.

All in all, an enjoyable read even if you aren’t a huge baseball fan.